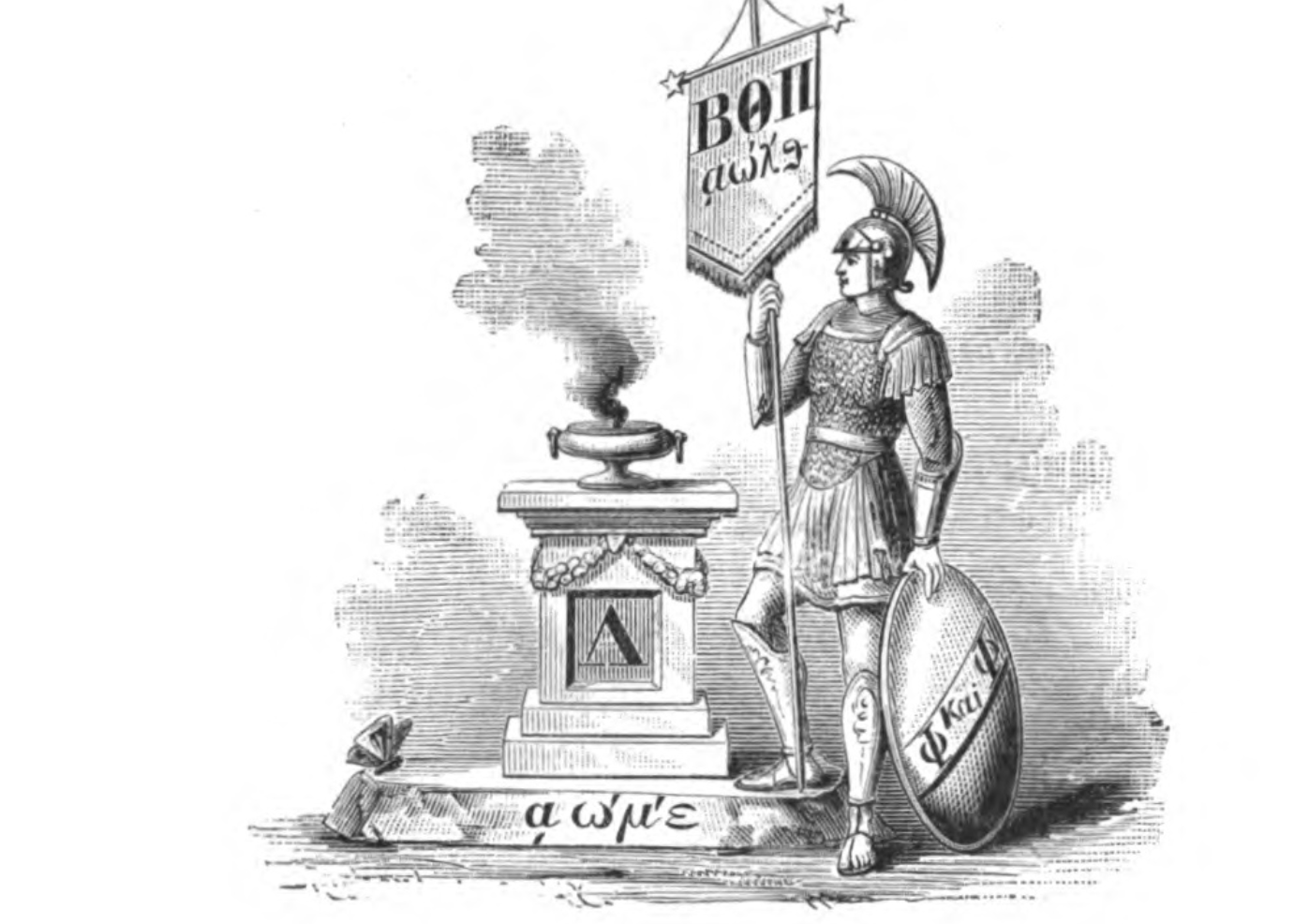 Beta Theta Pi was the first fraternity established at Michigan.

Our crazy faculty … seem determined to annihilate every secret society in College.