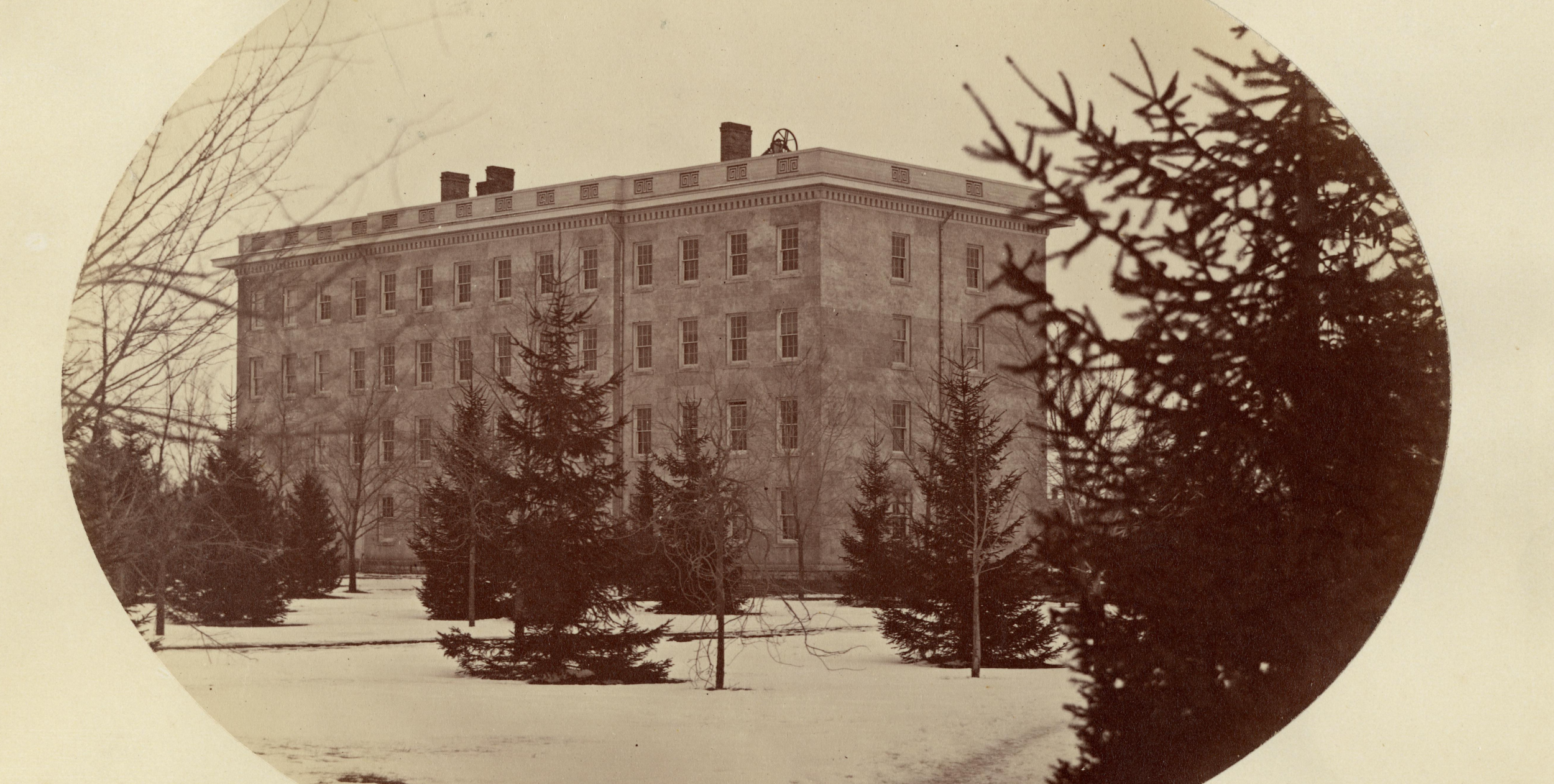 Mason Hall, the first University building devoted to instruction, was known as the University Building when it opened in 1841 for fall classes. It served as both dormitory and classroom facility.
Image: Bentley Historical Library

“The course of education to be pursued will be of the most liberal kind.”