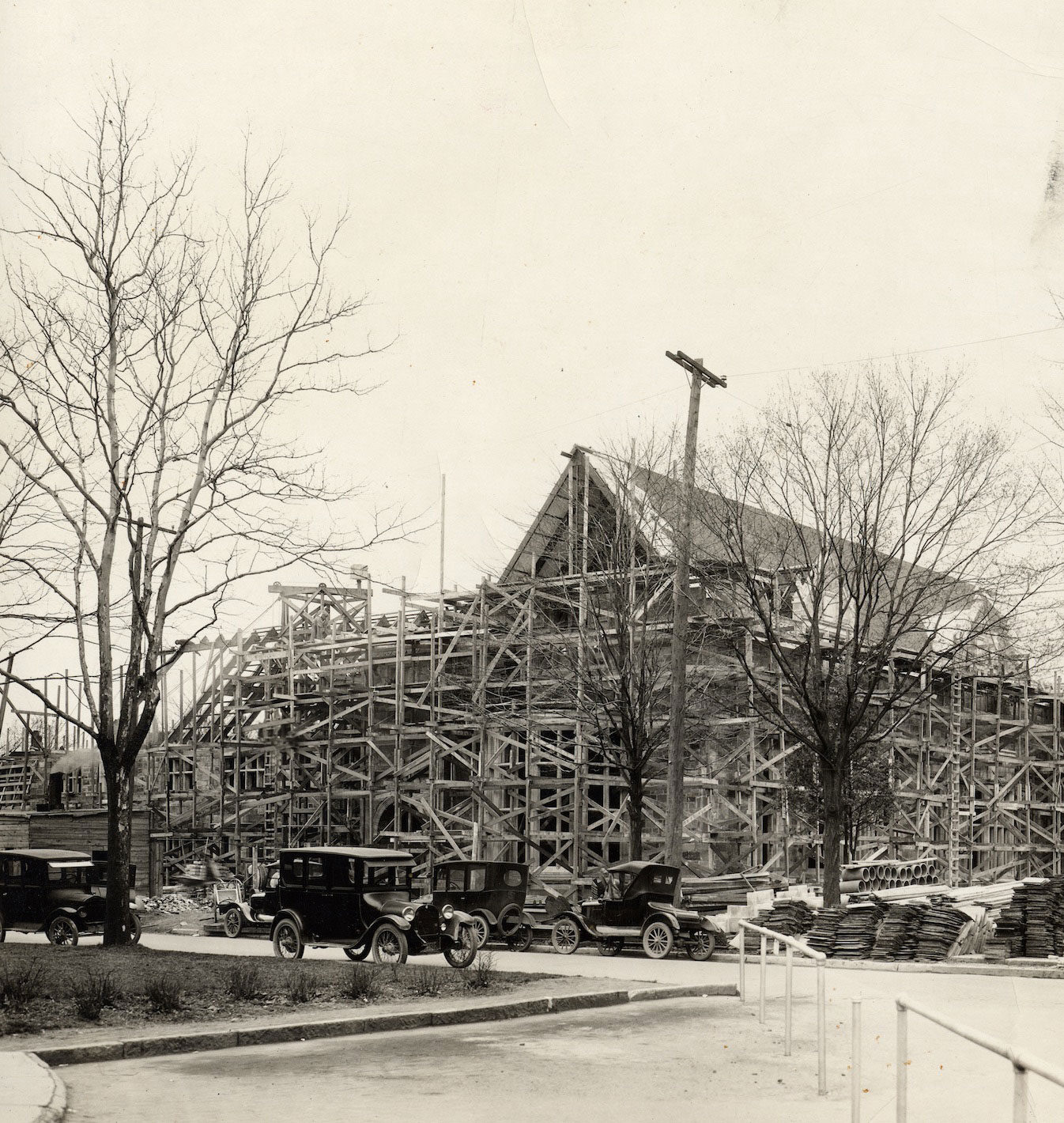 The Lawyers Club under construction in the early 1920s, photographed from the corner of State Street and South University.
Image: U-M Law School Photograph and Artwork Collection, Bentley Historical Library.