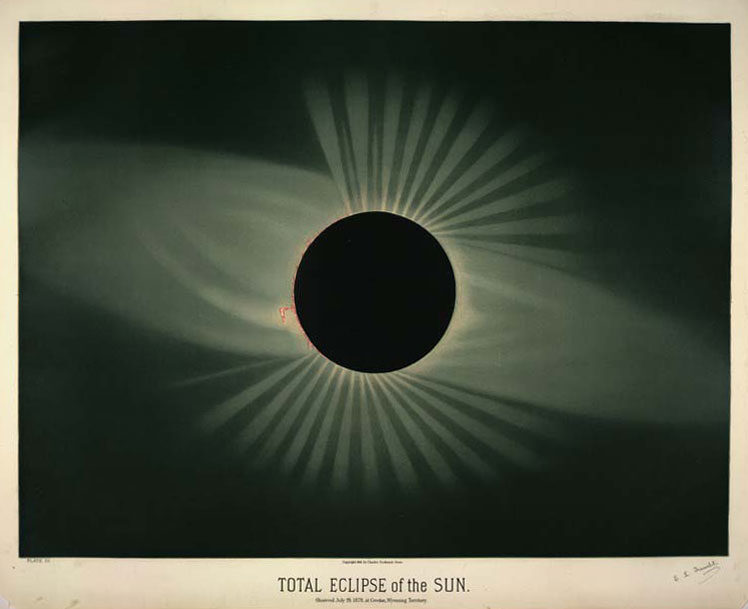 A total eclipse of the sun in 1878, as sketched by artist E.L. Trouvelot.
Image: Digital Collections, New York Public Library

Our astronomer has inscribed his name with those of Galileo, and Herschel and Le Verrier, on tablets which must endure as long as man shall continue to gaze upon the heavens.