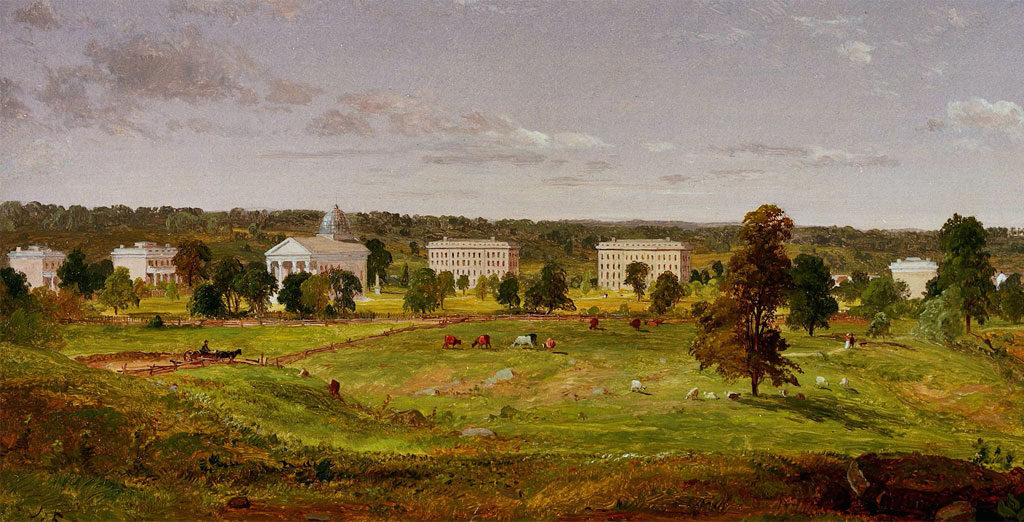 The Ann Arbor campus of the 1850s, captured on canvas by Jasper Cropsey, a painter of the Hudson River School. The landscape was commissioned by the Board of Regents.
Image: Jasper Cropsey Visual Materials collection, Bentley Historical Library.