The Vanishing of Schoolgirls’ Glen 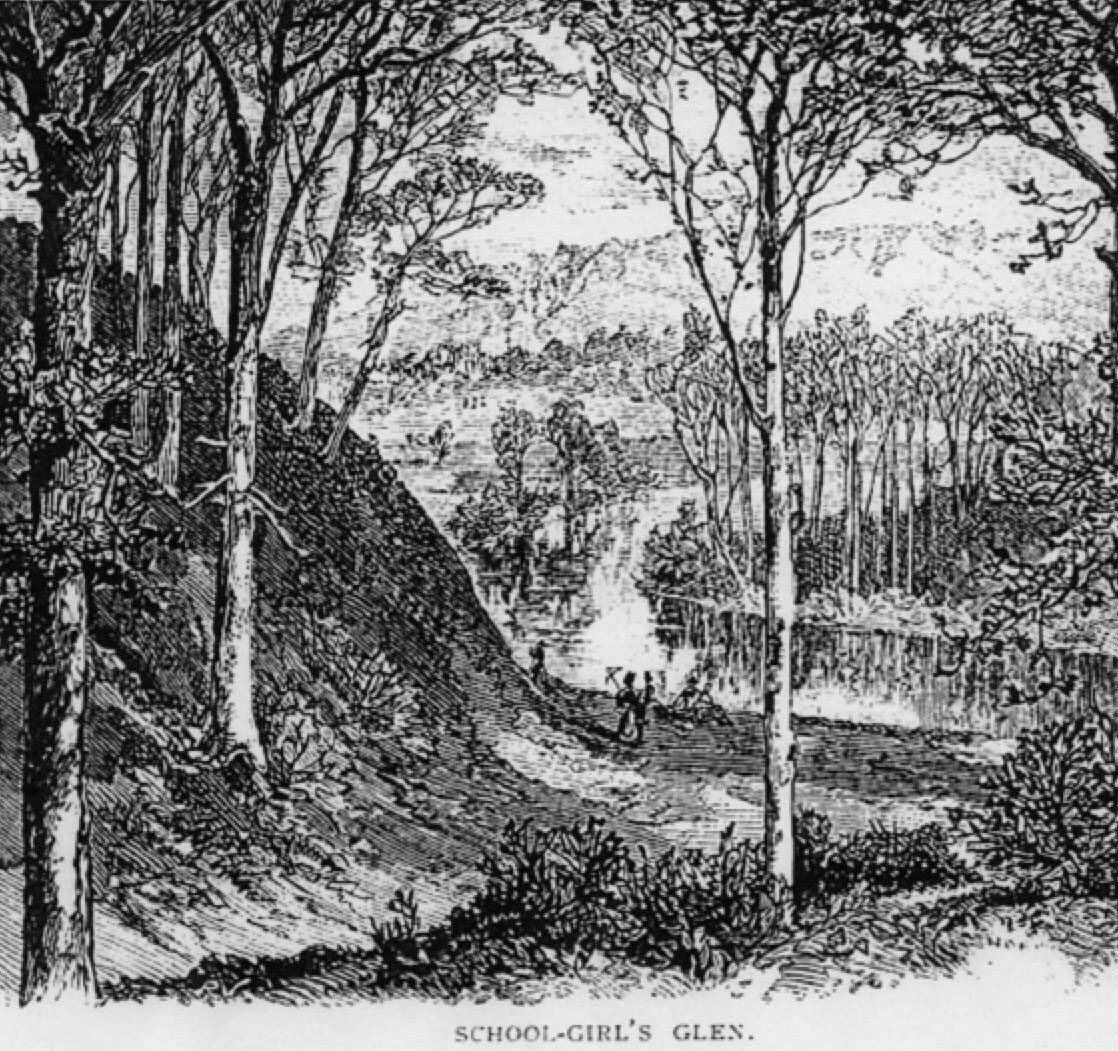 In an 1871 story about Ann Arbor, Scribner’s magazine, a popular weekly, featured a sketch artist’s view of the mouth of Schoolgirls’ Glen.
Image: Scribner’s Magazine

It should be kept so that it might become a haven of quiet one hundred years from now.