By Kim Clarke and James Tobin 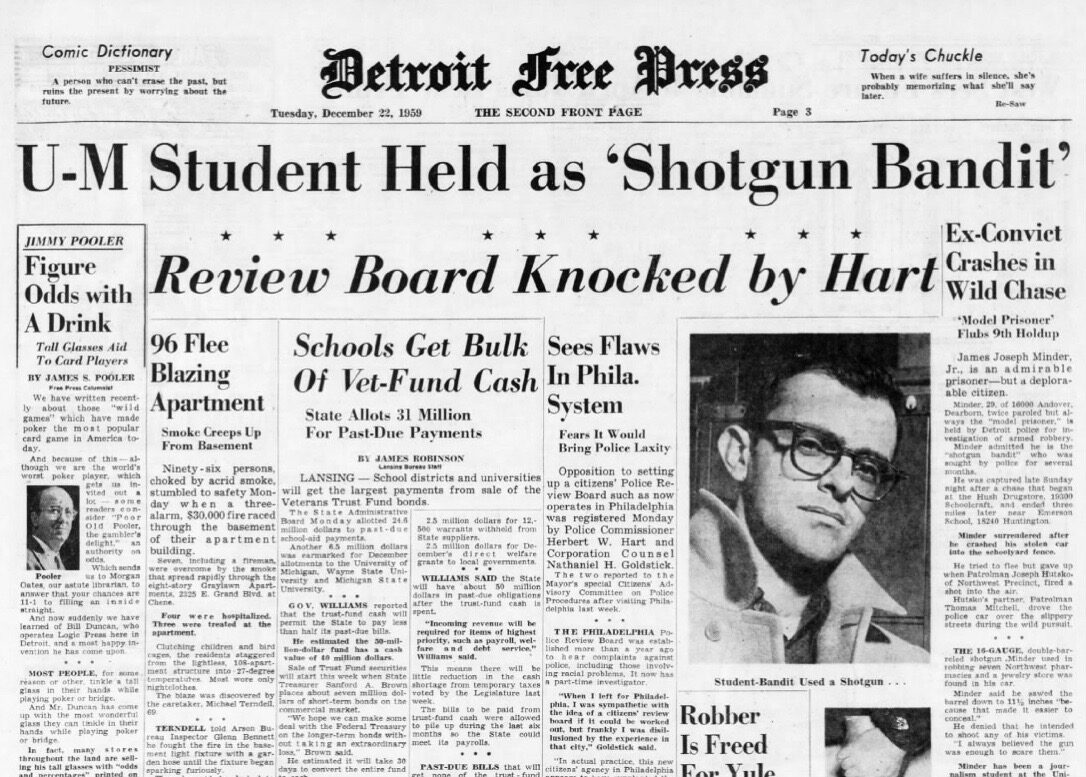 When the news of James Minder’s arrest made headlines in 1959, it wasn’t his first appearance in Detroit’s newspapers, just the most prominent.
Image: Detroit Free Press

When the facts warrant, [we] take a calculated risk — to give a young man or a young woman an opportunity to redeem himself.