The May Festival Rising 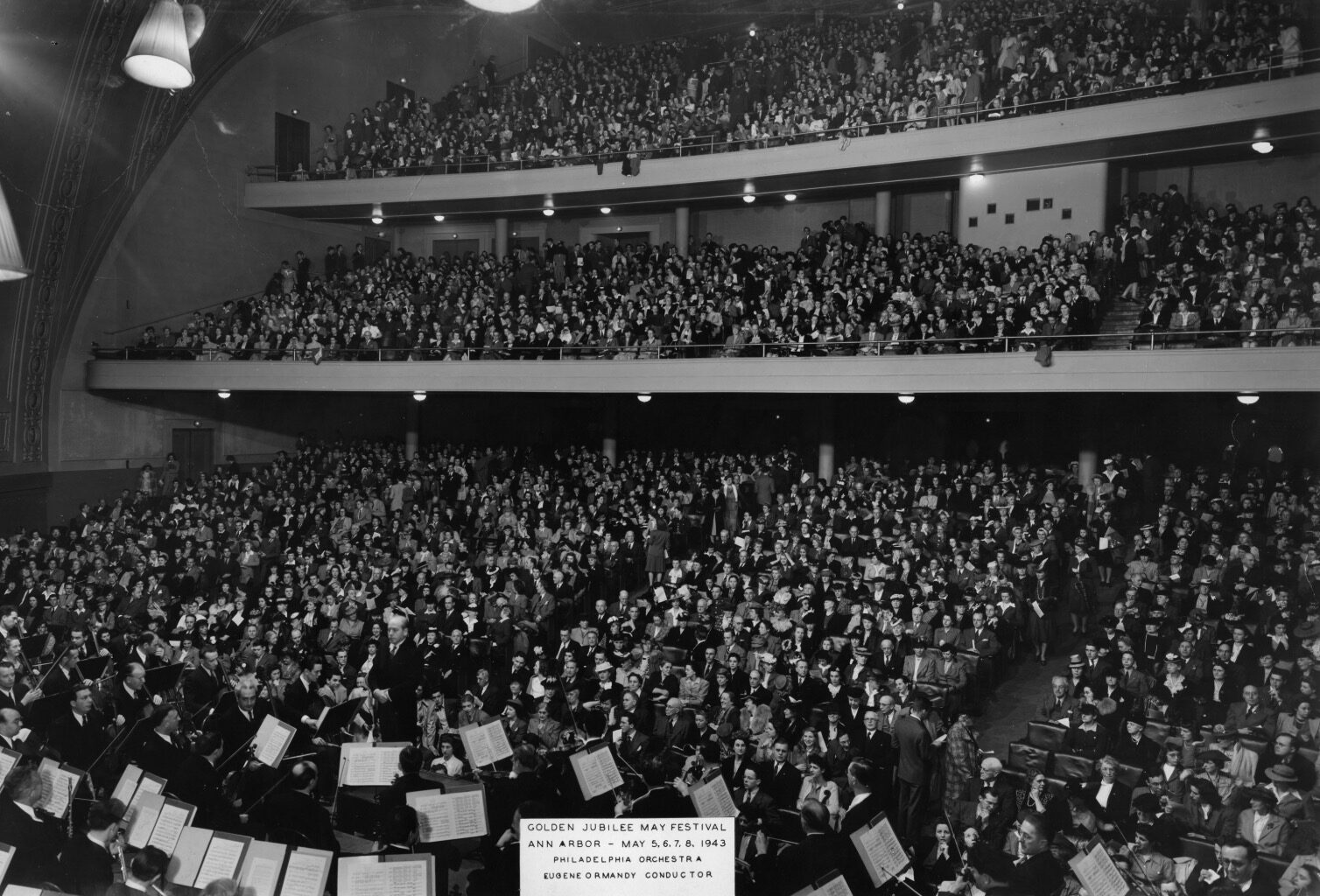 The May Festival celebrated its 50th anniversary in 1943. The Philadelphia Orchestra conducted by Eugene Ormandy highlighted the performances at Hill Auditorium.
Image: Ann Arbor District Library

There are not too many hours of spiritual twilight in this busy age. The Festival supplies one such space for refreshment; an hour for reflection ...