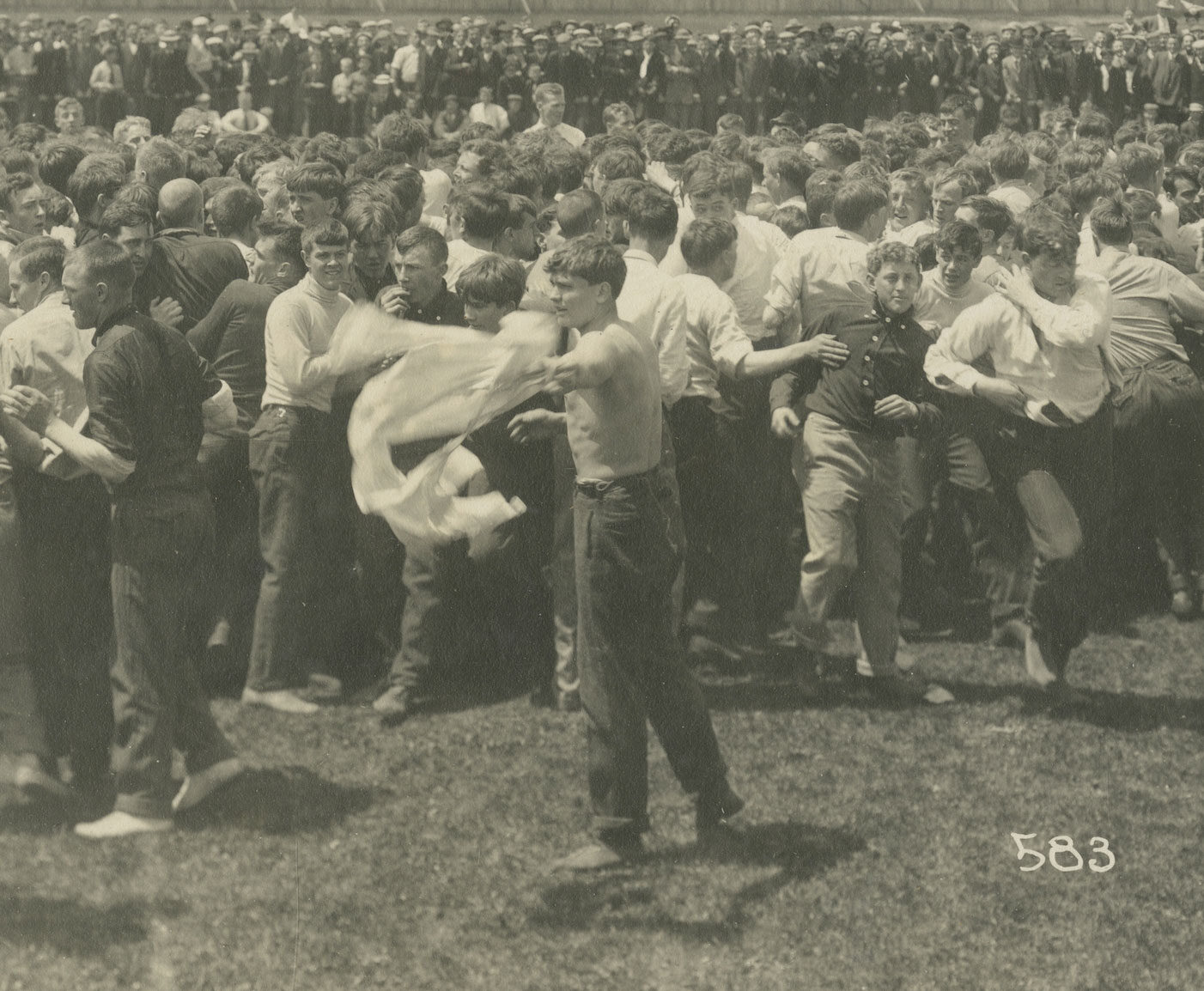 The ritual of male combat known as "the rush" took various forms over the years, at Michigan and many other schools. But it always involved the primitive urge to prove oneself on a field of battle.
Image: Bentley Historical Library, house scan bl018532.

As fast as a man is pushed over and falls, he arises and puts his breast to the solid wall of human beings and shoves.