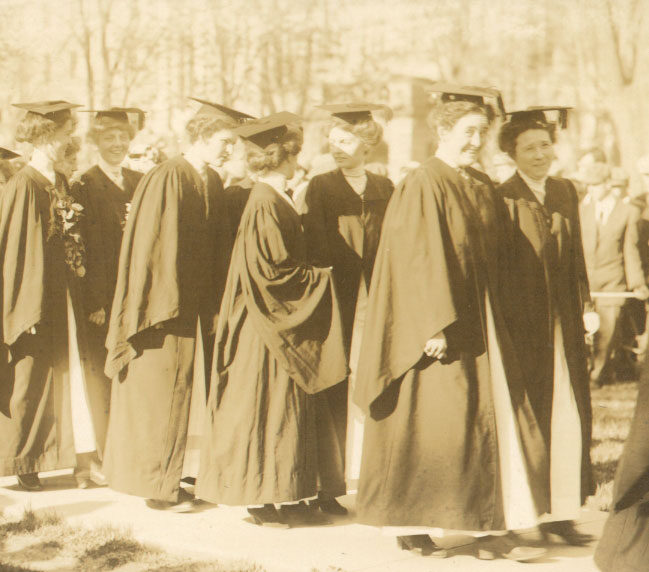 U-M professors were divided on the move to co-education. Some said women lacked the physical stamina and intellectual rigor for college; others—including several with ambitious daughters—were sure that women could compete.
Image: Available online in Bentley Image Bank and in Alumnae Council records 1890 – 1991, Bentley Historical Library

[Professor Sewall] called my name three times, yet I could not muster enough courage to answer.