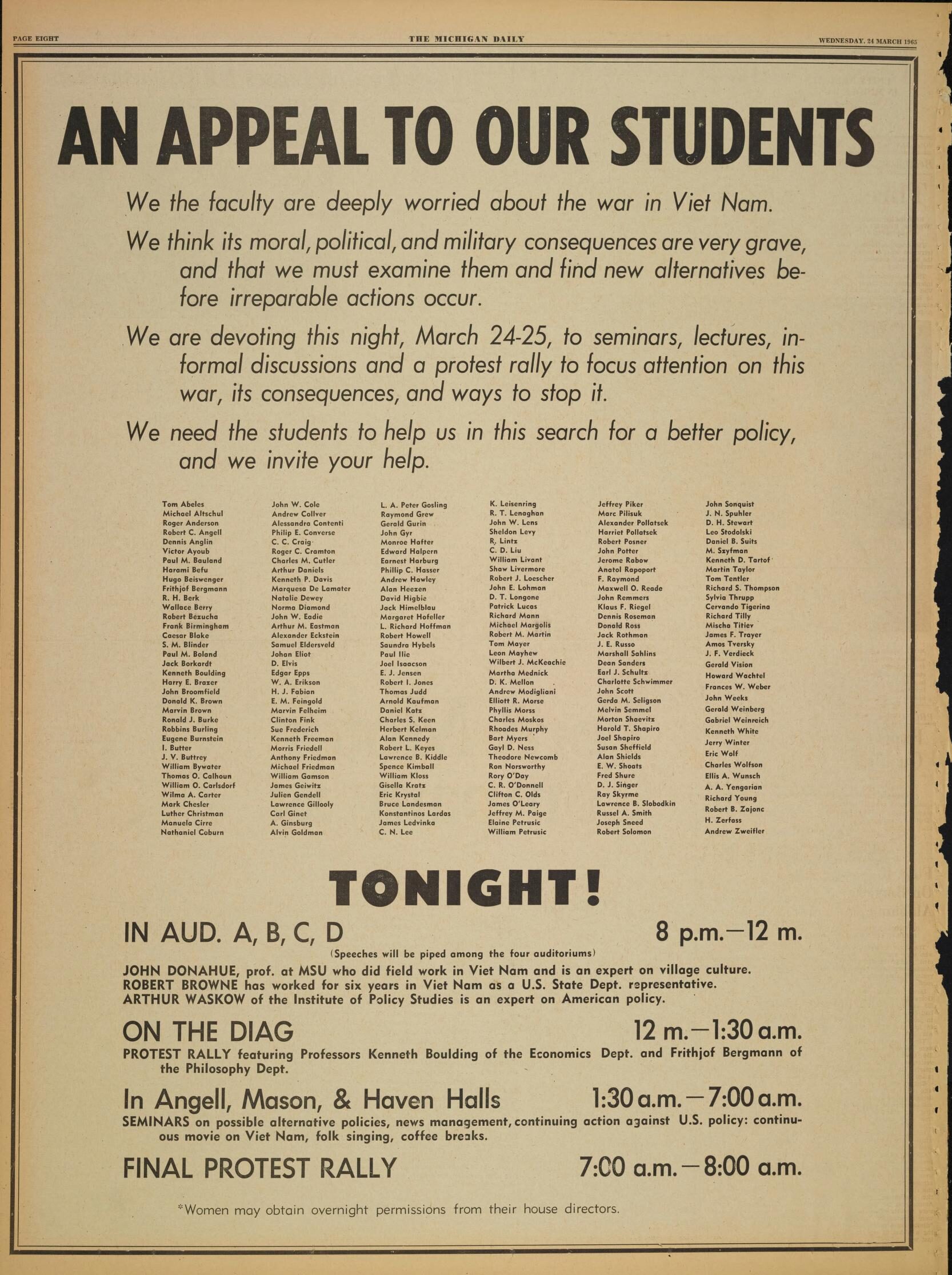 Faculty turned to students to support what would be the country's first teach-in about the Vietnam War.
Image: Michigan Daily Digital Archives

The American people were silently, disinterestedly accepting this eerie atrocity.