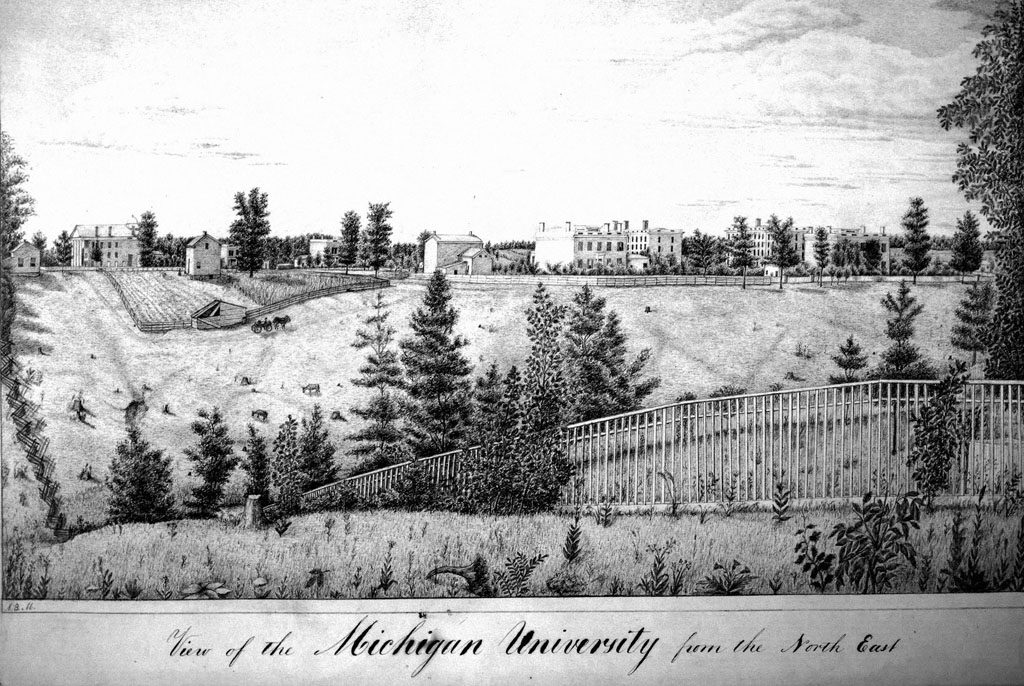 The University of Michigan’s leaders believed their evolving campus was the ideal location for an agriculture department to educate the state’s farmers.
Image: Available online in Bentley Image Bank and Adeline B. Mead Collection, Bentley Historical Library.

We have established and will carry on an Agricultural Department for those who intend to devote themselves particularly to Agriculture.