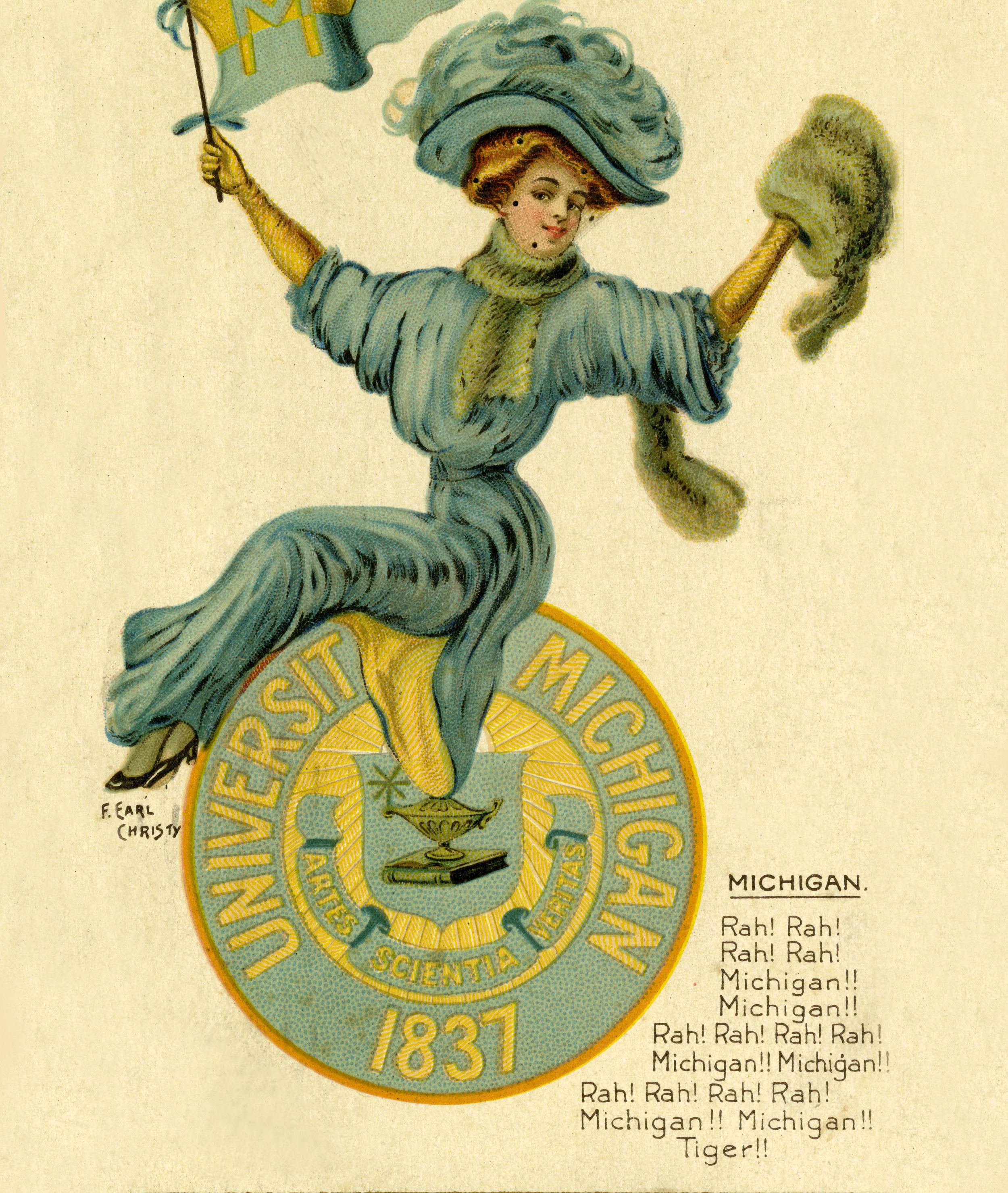 In this 1907 postcard, a Michigan fan is clothed in the pale shade that would soon provoke cries in favor of a darker, bolder Michigan blue.
Image: Postcard collection, Bentley Historical Library. Available online at Bentley Image Bank

Resolved, That Azure Blue and Maize be adopted as the emblematic colors of the University of Michigan.