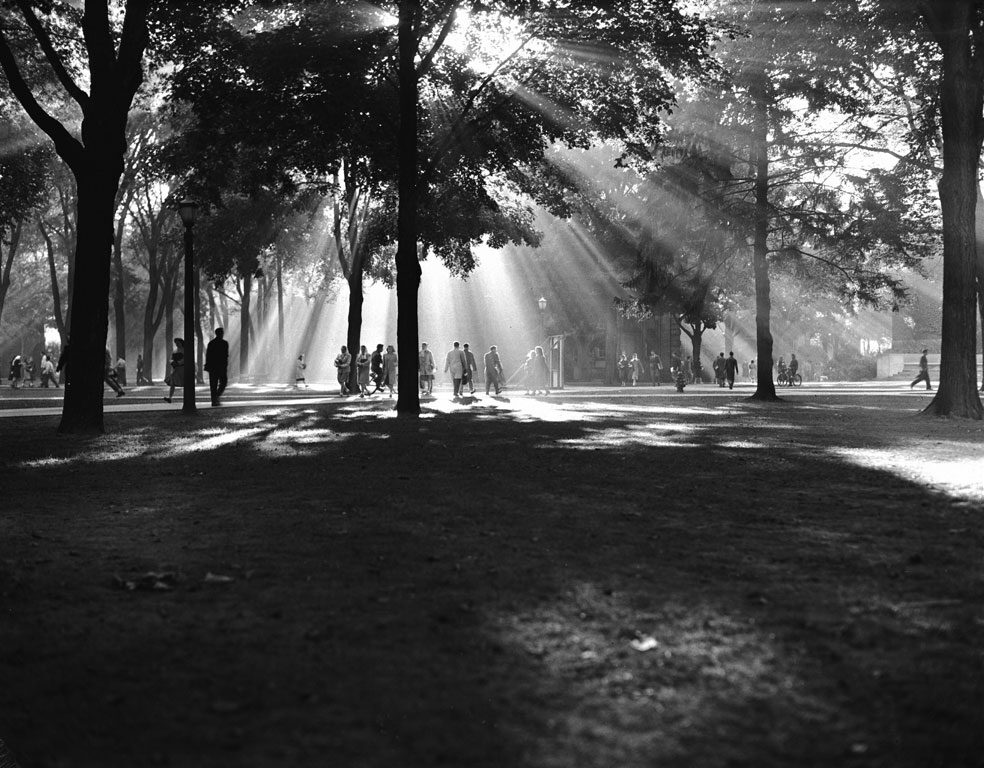 The Diag in 1947.
Image: Available online in Bentley Image Bank and in the U-M News and Information Services Records, Bentley Historical Library.

Without permission from anyone, I began planting trees.