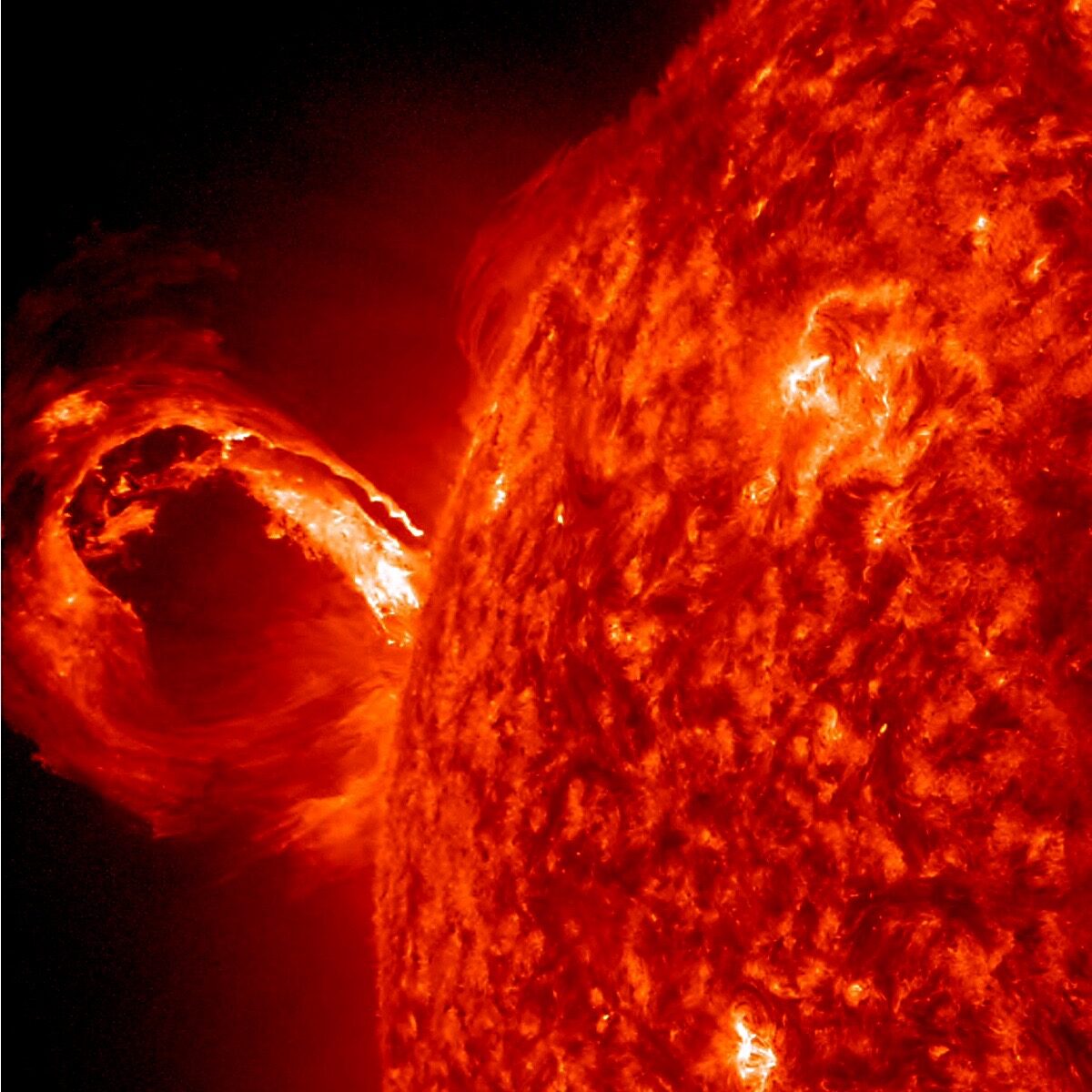 It will be a gigantic explosion of flaming gases, leaping hundreds of thousands of miles into space.