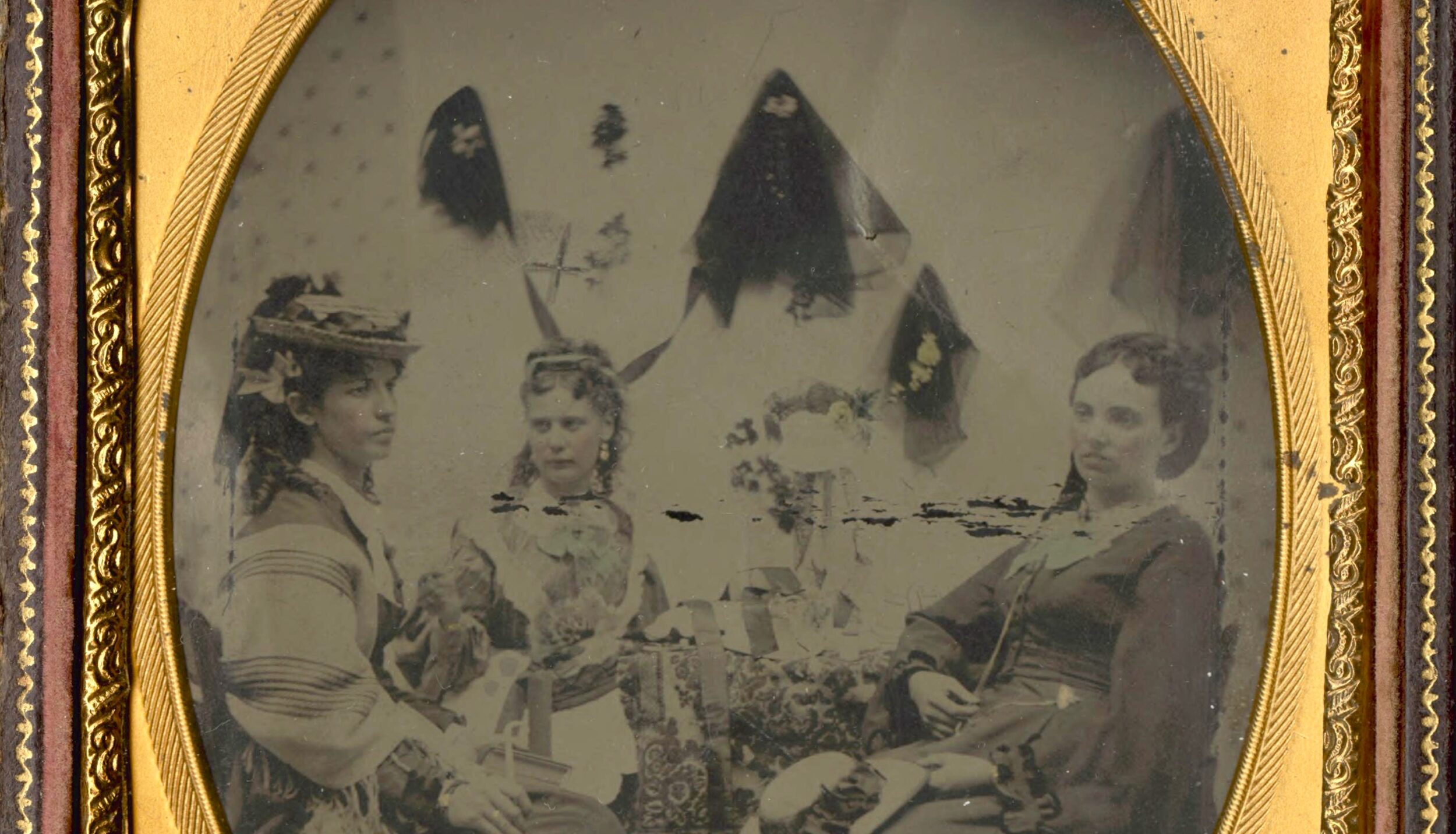 Young women in a Michigan hat shop in the late 1850s. The concept of women attending U-M in the mid-19th century was considered revolutionary.
Image: William L. Clements Library