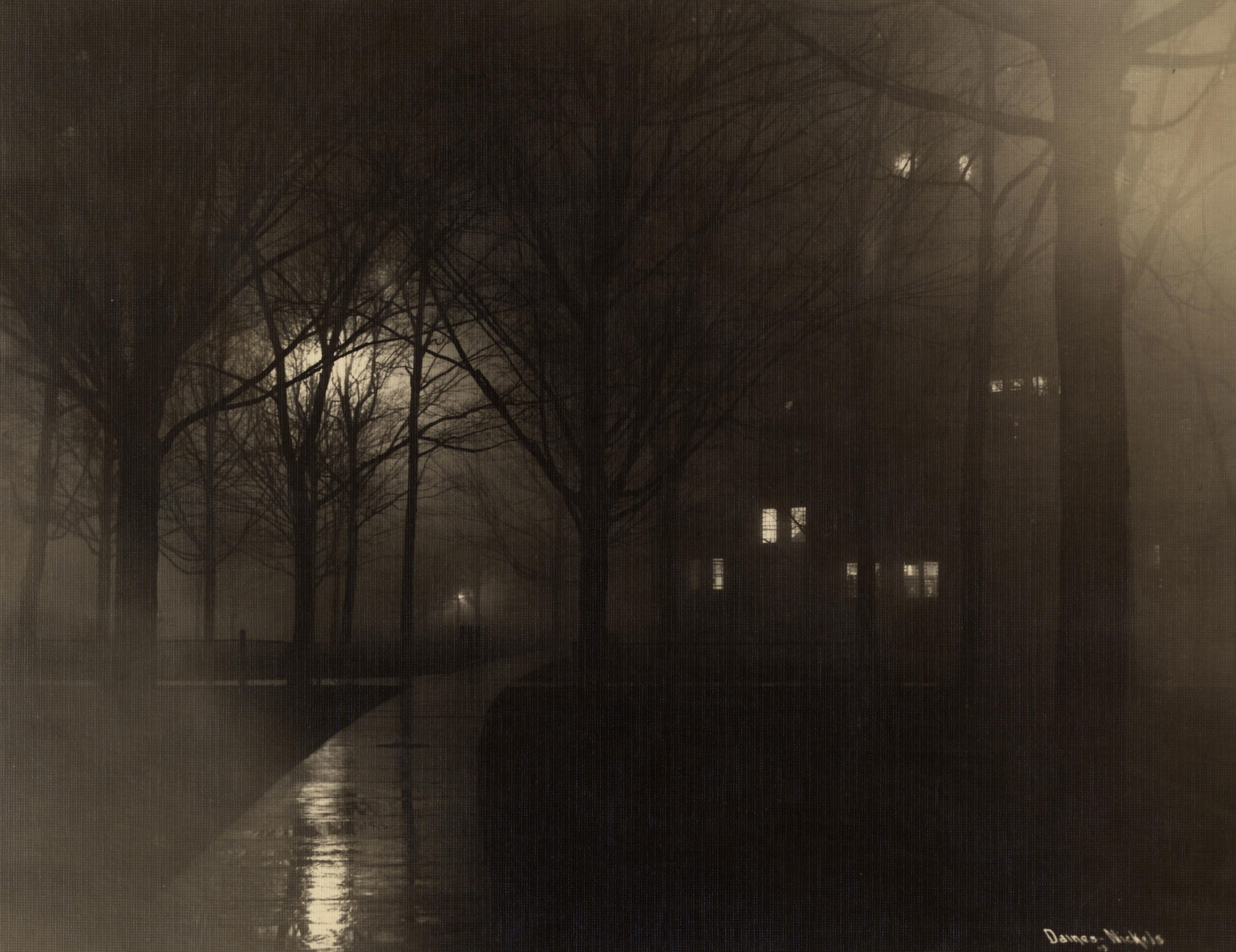 The campus on a rainy night early in the 20th century. It made a tempting setting for tales of mystery.
Image: Available online at Bentley Image Bank.

Even by day, the Library felt like a dark, dense warren inhabited by nocturnal creatures.