Michigan in the Making 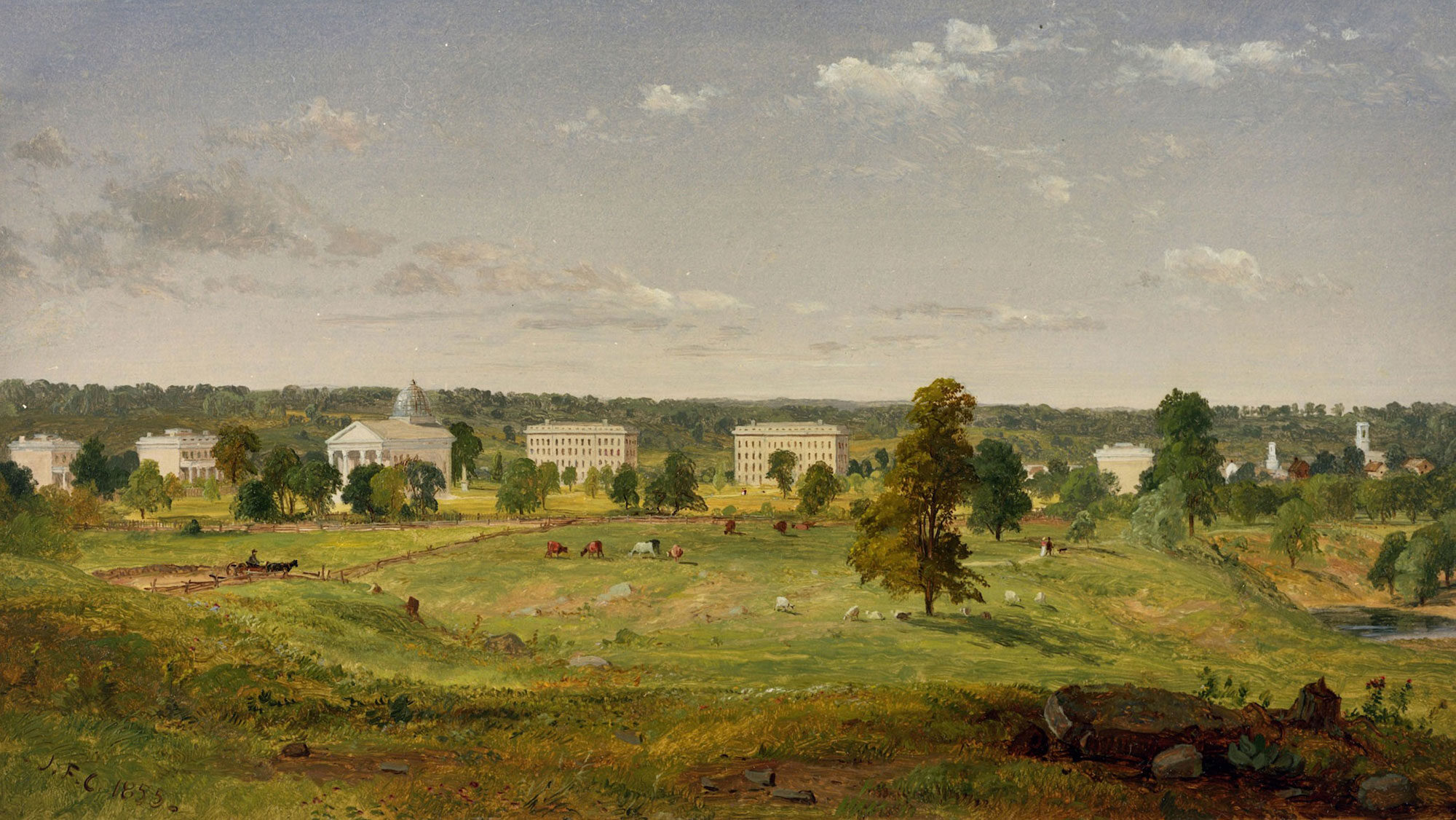 Jasper Francis Cropsey was a prominent member of the Hudson River School of landscape artists. Henry Tappan invited him to come west to capture the new campus of the University of Michigan on canvas.
Image: Available online at Bentley Image Bank, Bentley Historical Library.

"You have the men to talk to."