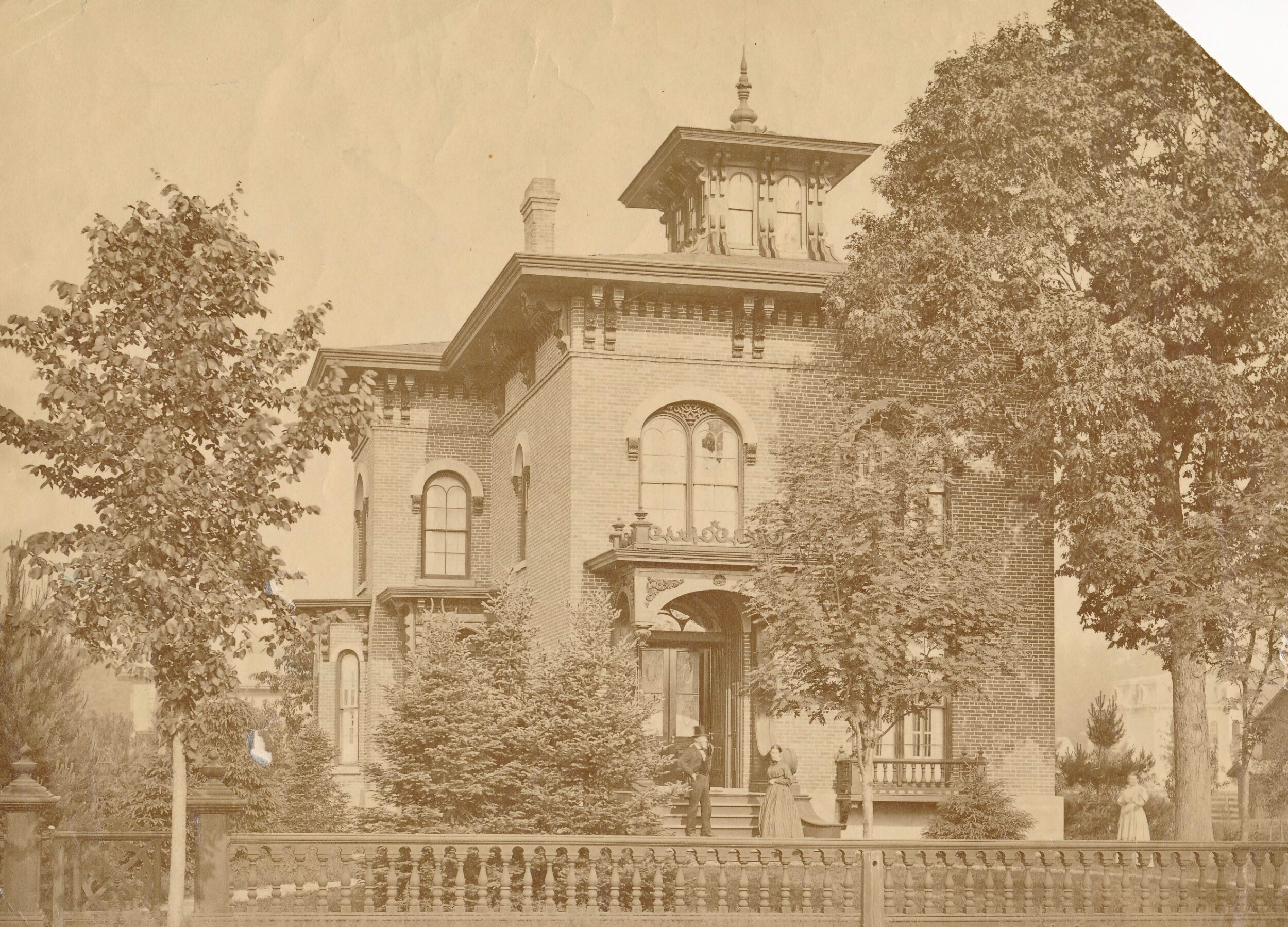 The Kalamazoo home where Madelon Stockwell lived and died. She is believed to be standing on the porch with her stepfather, Dr. William Johnson.
Image: Kalamazoo Public Library

Memory ... does not reveal a time when I did not long to attend at some time our state university.