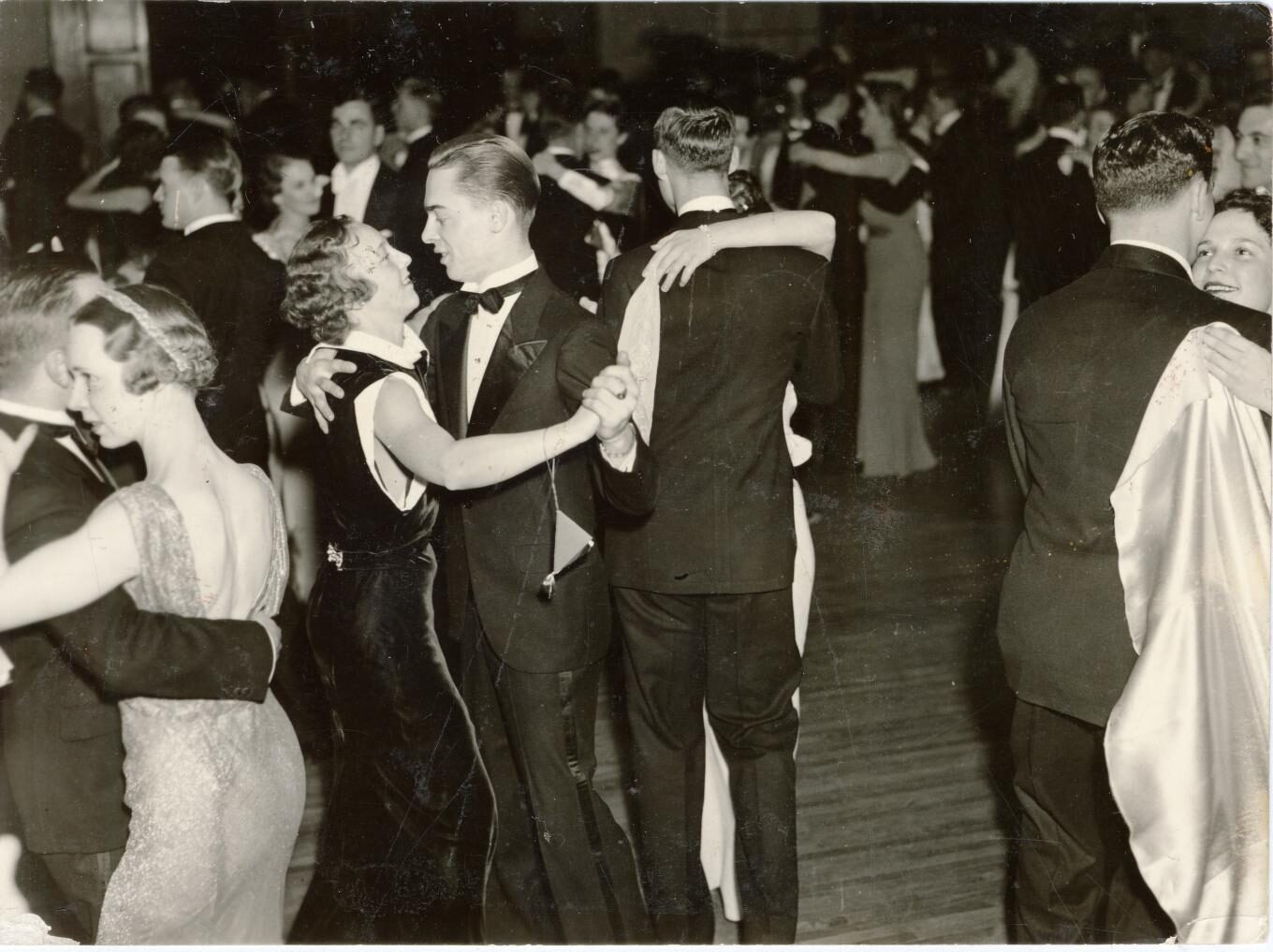 Dancers in 1937, at the height of J-Hop's golden era.
Image: Bentley Historical Library

There is a band playing no matter what anyone tells you and if you don’t believe it just go up to the hospital and ask someone who got there early and saw it before the crush of the crowd got them.