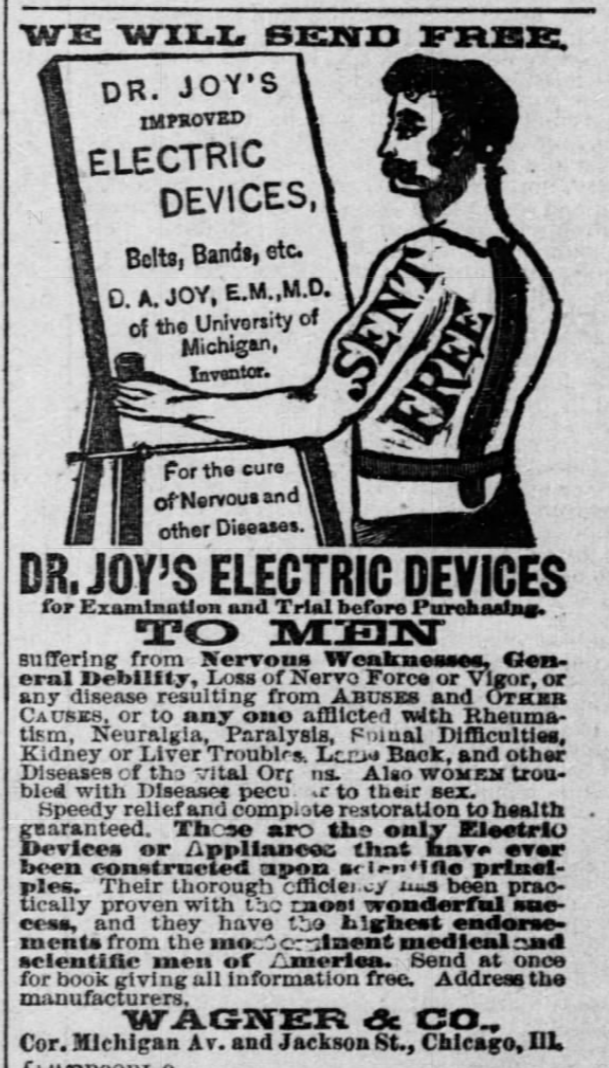 Douglas Joy's apparatus was advertised in newspapers and magazines throughout the country.

I regret exceedingly, and as much as one can regret, the whole of this unfortunate business, and I have done everything in my power to undo it.