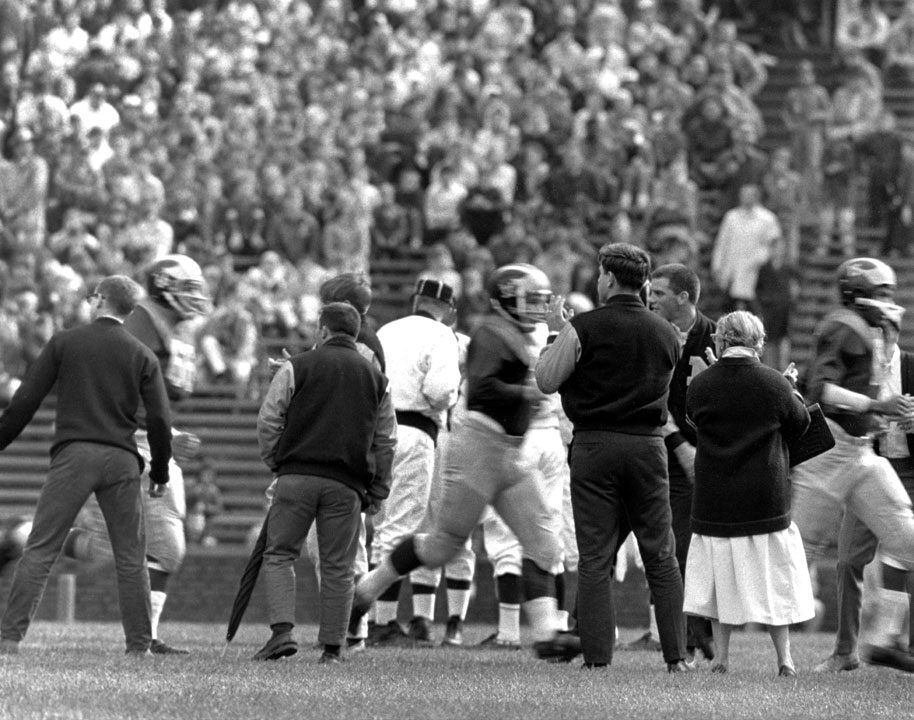 In her time, Losh was there at the 50 yard line whenever the Wolverines took the field for a home game.
Image: Hazel Marie Losh Collection, Bentley Historical Library.

You can’t just have astronomy all the time.