Carpenter in the Dream Factory 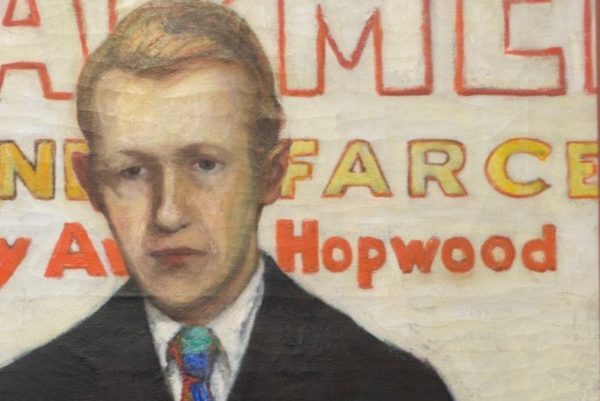 Avery Hopwood's portrait was painted in 1915 against the backdrop of a poster for one of his popular plays, "Fair and Warmer." The artist was Florine Stettheimer, a modernist painter who hosted a Jazz Age salon that attracted such figures as Georgia O'Keeffe, Marcel Duchamp and Hopwood's close friend, the photographer and writer Carl Van Vechten.
Image: Emma Richter, Hopwood Awards Program, University of Michigan

People love a touch of the risqué just as they love a cocktail before dinner.