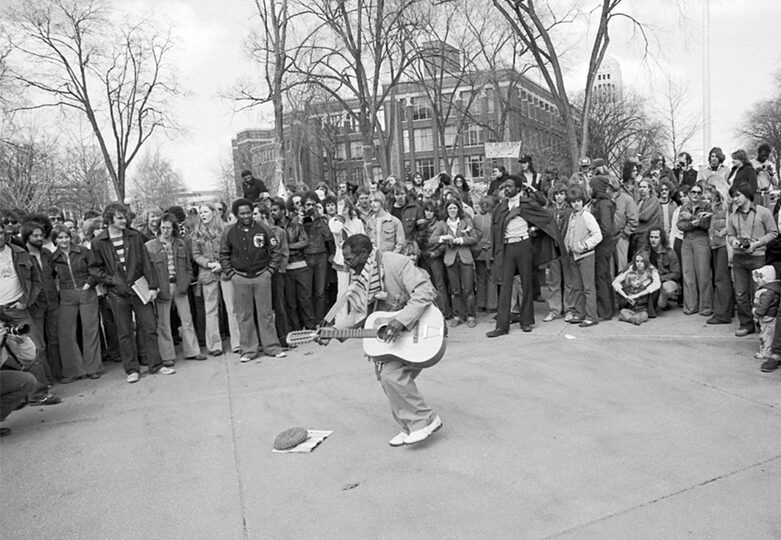 Shakey Jake Woods performs on the Diag in the 1970s, not long after he made his way to Ann Arbor via mysterious points north and south.
Image: Available online on Pinterest.

Ann Arbor is nothing but a playhouse for me.