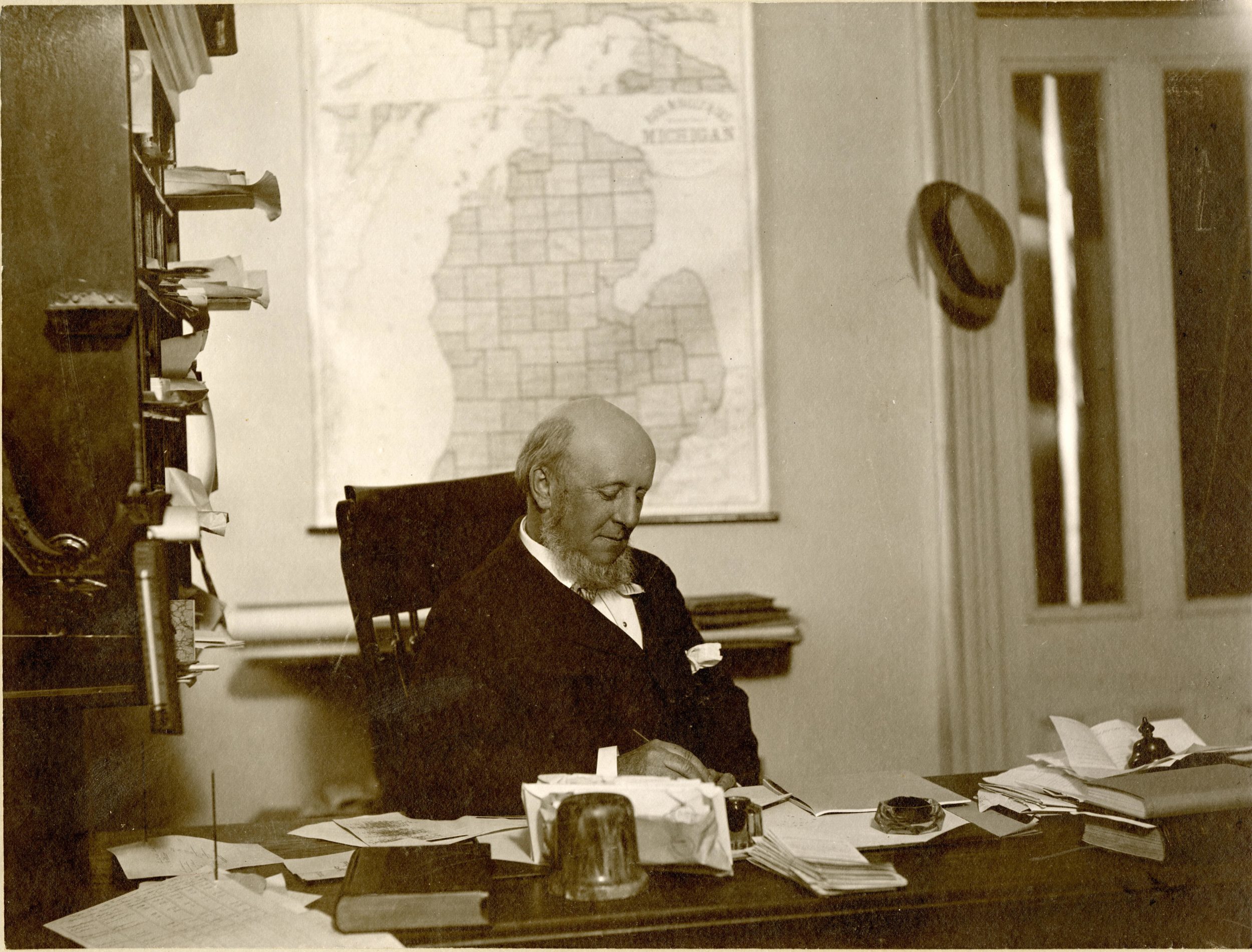 James Burrill Angell, the University’s president from 1871 to 1909, is credited with raising U-M to the top tier of American higher education. His expertise in international law also led to two appointments to serve the United States abroad.
Image: Bentley Historical Library

The opium trade ... was the most long-continued systematic international crime of modern times.