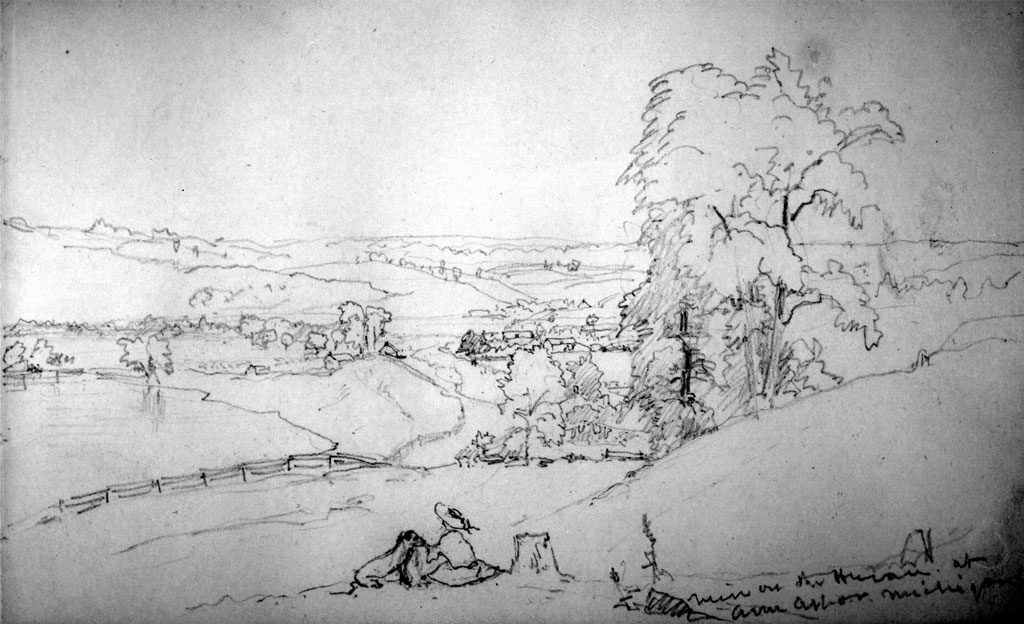 The valley of the Huron as it appeared to a sketch artist of the 19th century.
Image: Available in Bentley Image Bank and Jasper Francis Cropsey Visual Materials collection, Bentley Historical Library

We can only imagine now how much more beautiful the campus might have been...