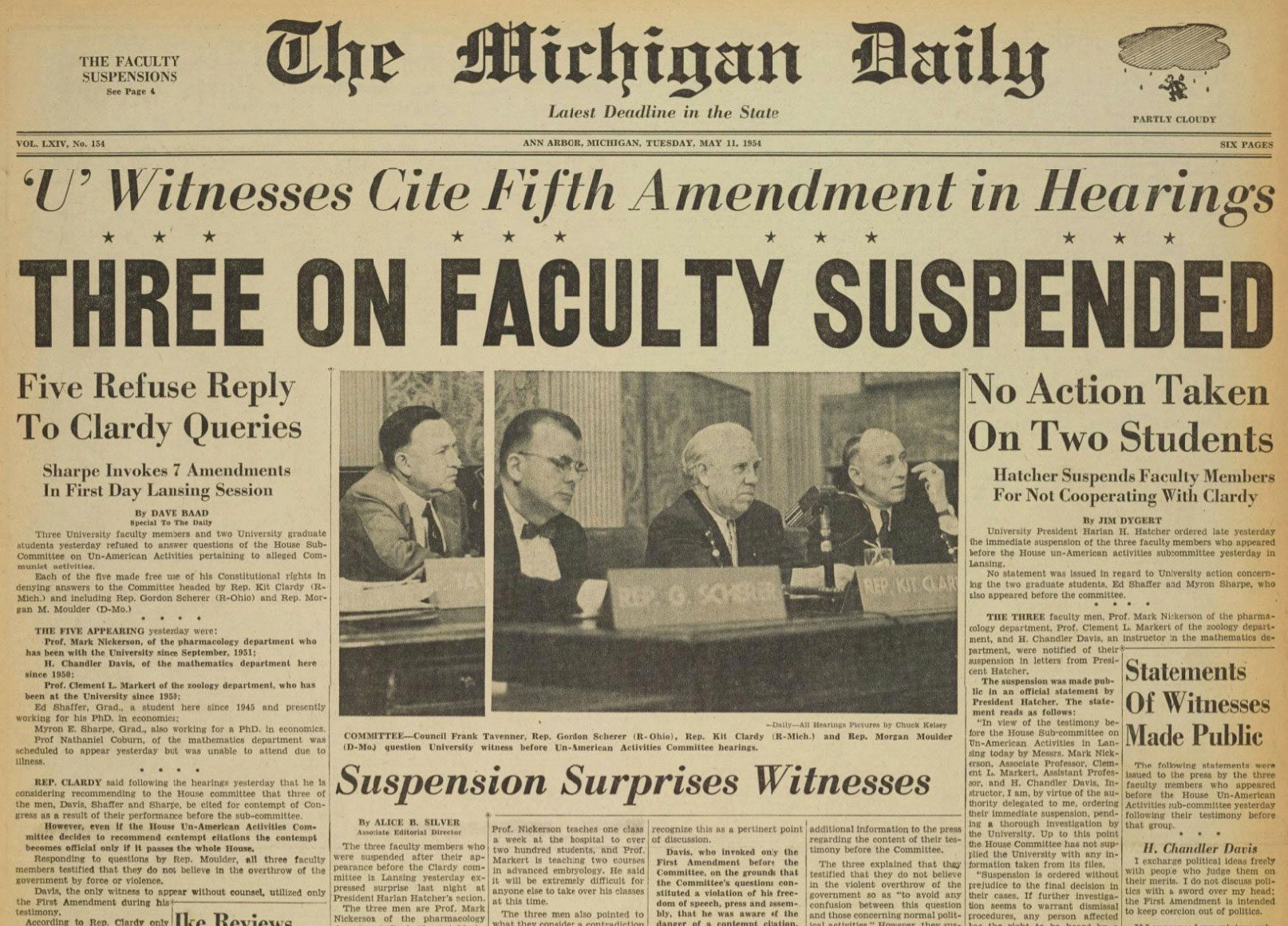 In the mid-1950s, the campus and the state paid close attention as three faculty members were investigated for ties to the Communist Party. This was the Michigan Daily’s headline on May 11, 1954, the day after U-M President Harlan Hatcher suspended Chandler Davis, Clement Markert and Mark Nickerson for refusing to answer questions from the U.S. House Un-American Activities Committee (HUAC).
Image: The Michigan Daily

"I can’t banish the feeling that there is a serious deficiency of academic freedom..."